and what have you

The Celt is packed with Dublin locals and a few tourists who’ve heard of the place or have stumbled in to find a drink.

“You just never know who’s gonna play here!” a Scottish man bellows to his friends who are crammed at the entrance.  “You might even see the friggen’ Edge.”

Gradually the patrons maneuver through the room to their destination: the curved bar in the back.  The pub is small but warm and welcoming, in part because a crowd has managed to squeeze their way inside this Sunday night.

The long wood benches pushed up against the walls are filled with flushed, smiling faces, and the few barstools available have been given to women in heels.

The cobblestone floors flood with feet from all over the world.

The Rattlin’ Rogues perform covers and a few original tunes in the middle of the room, perched on split logs.  They take a break when a local opera singer, Anthony Kearns, drops in unannounced.

He has a beer and mingles with the Rogues and some of the more familiar faces.  Then he begins to sing without a sound check, without a microphone, without warning.

The crowd hushes each other, and with the door to the bar open wide, the tenor’s voice booms out on to Talbot Street.

The din quiets.  Some cry silently, moved either by his voice or by an excess of Guinness, but probably a combination of the two.

This opera singer, seated on a log in the tiniest pub, has silenced the most drunken crowd as if he were on a grand stage in front of thousands of paying customers.

This is the The Celt, where musicians drop in unannounced seven nights a week.

The biggest confirmation I ever received to continue writing creative nonfiction was when this short piece “Without a Microphone” was selected by the National Geographic Traveler for their “Travel Talk” section in the March 2010 issue.  The piece will also be included in an anthology coming out at the end of 2014 called “Dawnland Voices.”

This piece was written after I’d backpacked through Europe and wound up at The Celt one dreary October evening.  It had been one of the most inviting and exciting experiences I’d had in Ireland, and I wrote about it as part of an assignment for a creative writing class I was taking. 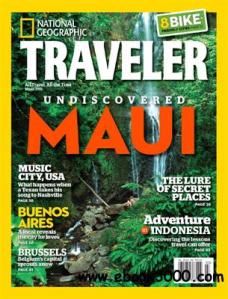